In 1961-1963, Hsiao Chin's works emphasised the Chi and Tao (energy movement) that was influenced by Eastern philosophical thought such as Taoism. From 1964 to 1966, he created various series of works, including the Sun, Universal Energy and Light series. These works not only embodied the Asian spirit of "silent contemplation," but also incorporated the formal language and media of post-war avant-garde art, at once reinventing and reinvigorating Eastern traditions.

In this period, he was also introduced to the cosmology of Ancient Asian civilisations and began to develop his interest in cosmic exploration. He was greatly influenced by Zen and Tibetan Buddhism, Mandala, and the Buddhist Cave Paintings from Lhasa, and these provided inspiration for Hsiao Chin to continue his spiritual development through his artistic practice.

Power of the Light (1965) symbolises a primordial state of being with its minimalist geometric form of concentric circles, which are common also in Punto Movement works more generally. From the top, gold and green arrows enter the red centre. The message of the composition is clear: through silent contemplation and meditation, the individual can access the infinite wisdom and energy of the universe, and thus become closer to perfection. The concentric circles are suspended in a beautiful deep green space, which represents the infinite universe. The subtle passages of colour in the background suggest the countless other individual beings elsewhere in the universe and express fully Hsiao Chin's spiritual vision. Hsiao's adoption of the post-war invention of acrylic pigments - more intense and luminescent than traditional oil pigments, helped Hsiao to express his vision of the spiritual energy of the universe. The minimalist, yet powerful composition responded to the post-war currents of Geometrical Abstraction and Op Art. The dotted colours took inspiration from French Expressionism and American Abstract Expressionism whilst artists such as Mark Rothko (whom Hsiao met in the '60s) provided boundless inspiration in colour and composition. With an utmost clarity of vision, Hsiao adopted the features of various artistic currents for his own expressive ends and assimilated them into his own artistic language. Asian artists participating in Western abstraction tended to begin with calligraphic lines and focus on literati poetics and the use of negative space. By contrast, Hsiao began with the premise of adopting abstract painting into Asian philosophy, and from this premise founded an international avant-garde movement that is equal in influence and brilliance as the contemporary French Lyrical Abstraction, Zero Art Group of Italy, and Gutai Group of Japan. Influencing and competing with each other in a productive manner, these movements together forged the golden age of post-war contemporary art. 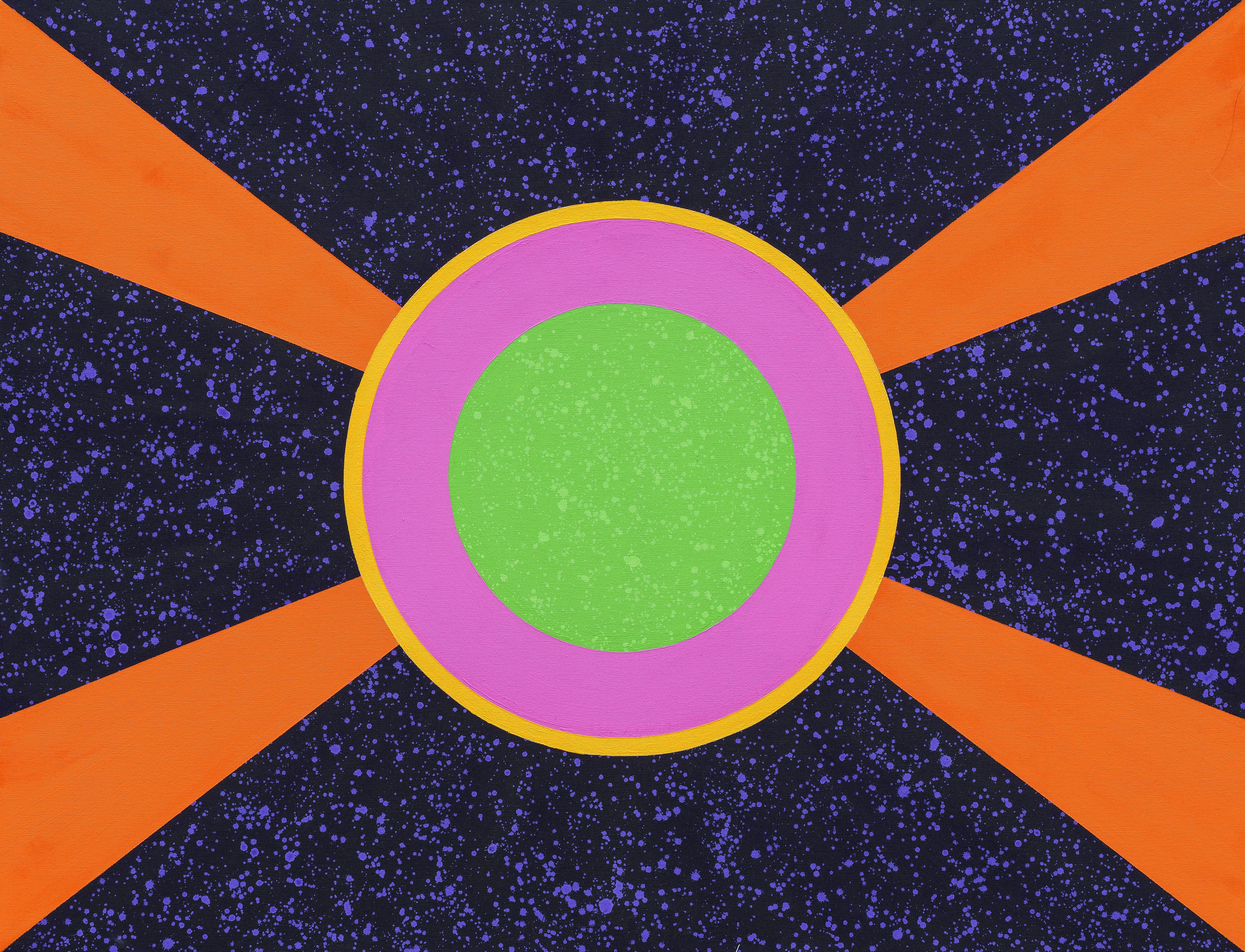 Inner Light and God from Origin were created in the year 1966, which was the last year of the exhibition held in the name of the Punto Movement. In this context, these monumental works can be seen as a culmination of the artist’s Punto period, as well as the harbinger of the next phase of his career. 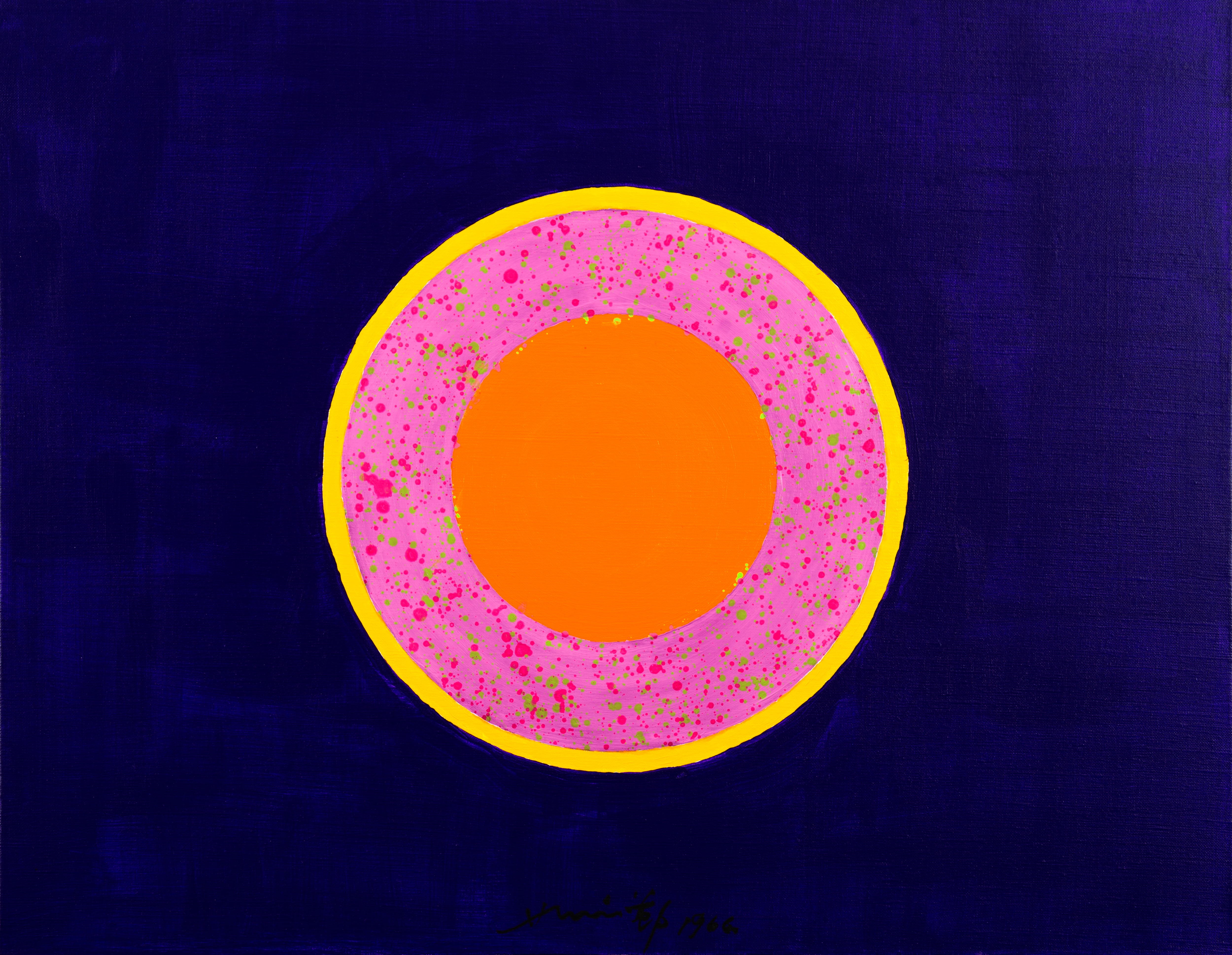 The bright and vivid colours demonstrate the benefits of using acrylics and we can see how the artist imparted the essence of Buddhism in the sleek and geometric composition of the work. The three layers of concentric circles placed in the middle, and in Inner Light, the orange rays emitting from the four corners, bring to mind the image of the Mandala in Tibetan Thangka painting.

In addition, the artist did not shy away from expressing emotions in abstract forms. He enlivened the geometry by sprinkling light-coloured paint on dark-coloured segments. He highlighted fluid and random effects in the geometric lines that are associated with reason and intentionality. As such, the cosmic sensibility created by the artist is impossible to miss. 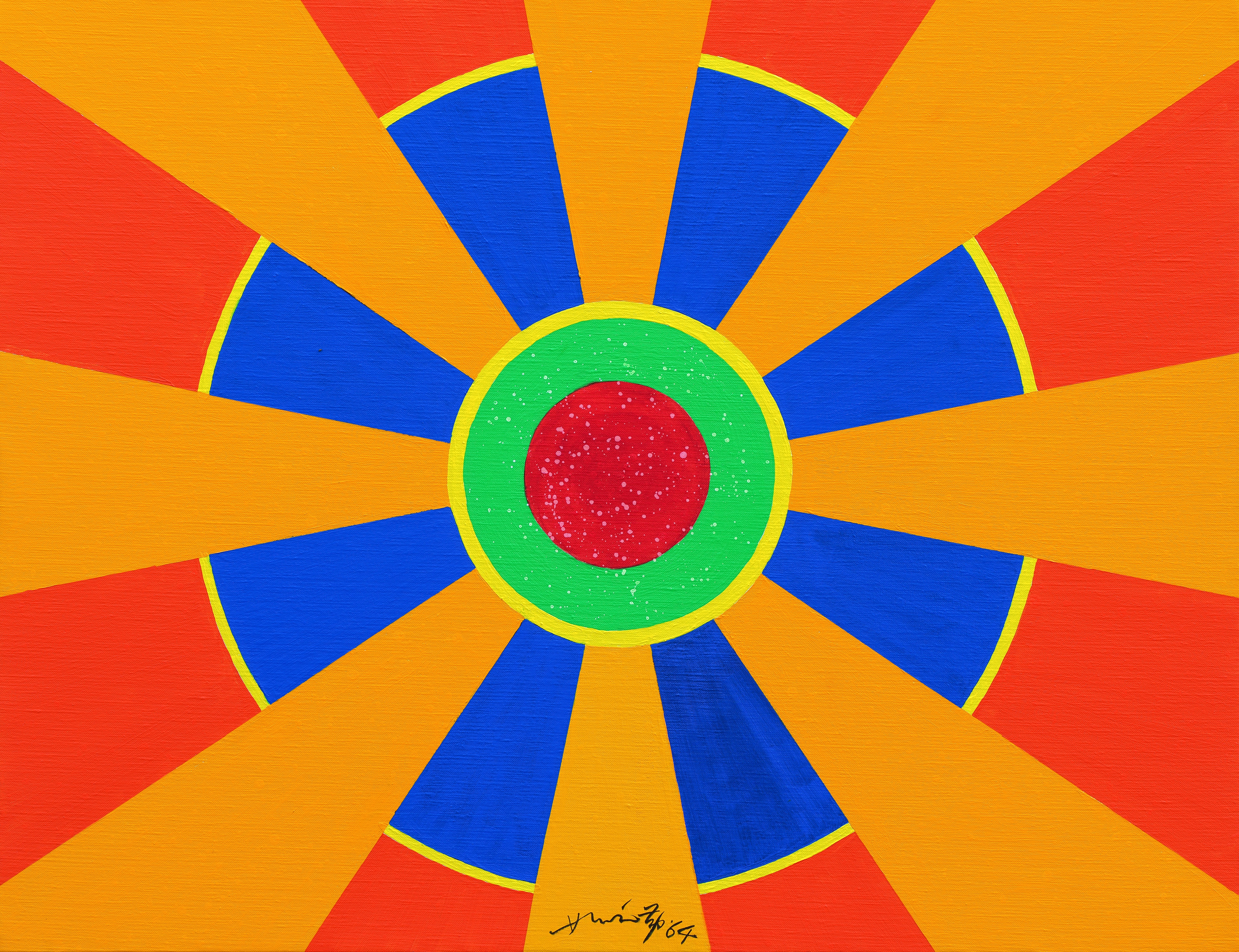 The Sun-7, 1964, Acrylic and ink on canvas, 100 x 130cm © Hsiao Chin Art Foundation
"I believe abstract art encompasses both Eastern and Western cultures, each with its own symbolic significance. Abstract art in China has not modernized in the strictest sense, while only in the West there is modern abstract art. As time changes, our life, thoughts and attitude began to connect closely and overlap to a certain degree with the West. As a result, applying the modernization of Western abstract art onto cultures from the East is indeed an opportunity to transform"
Hsiao Chin, February 2020 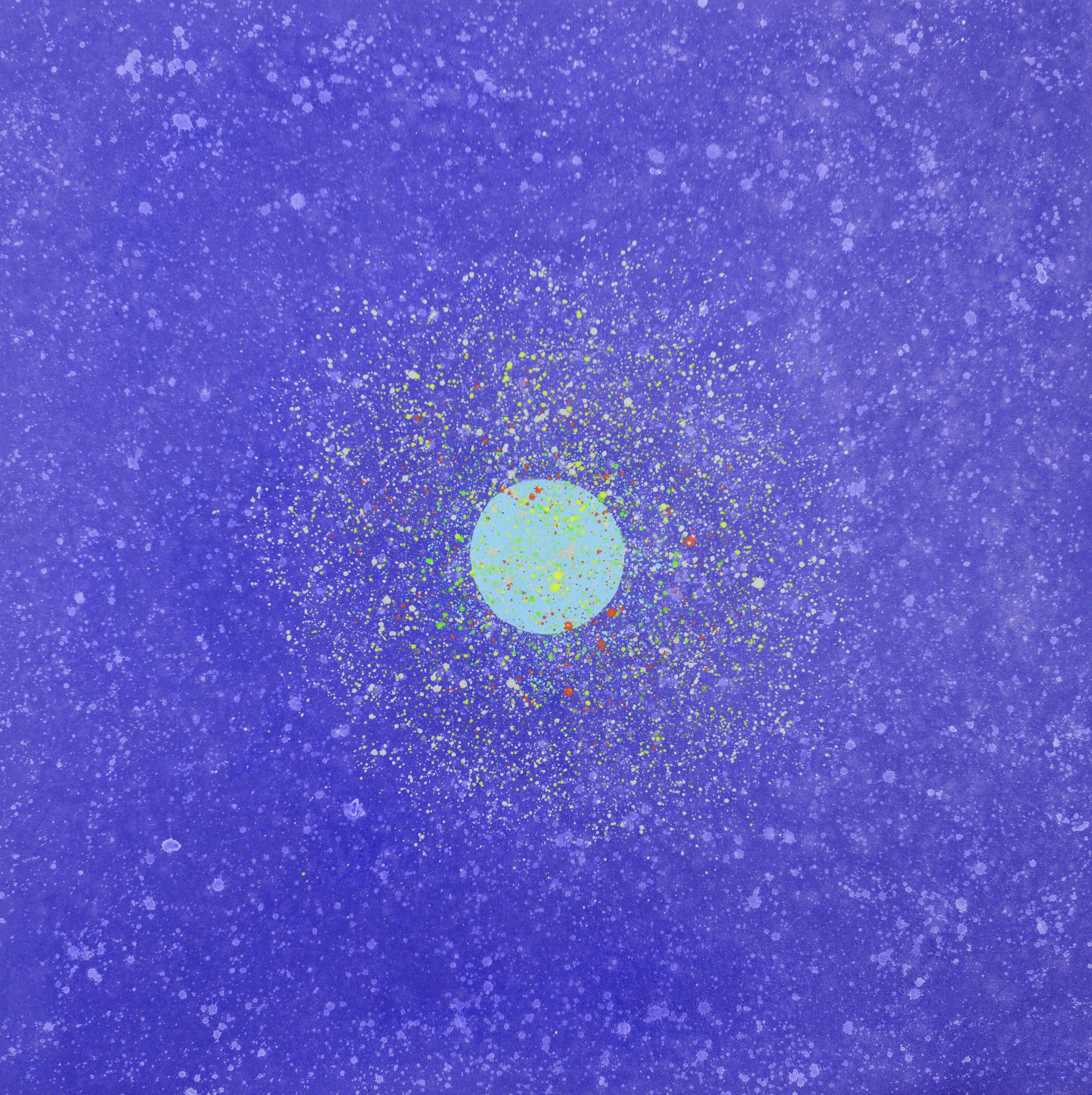